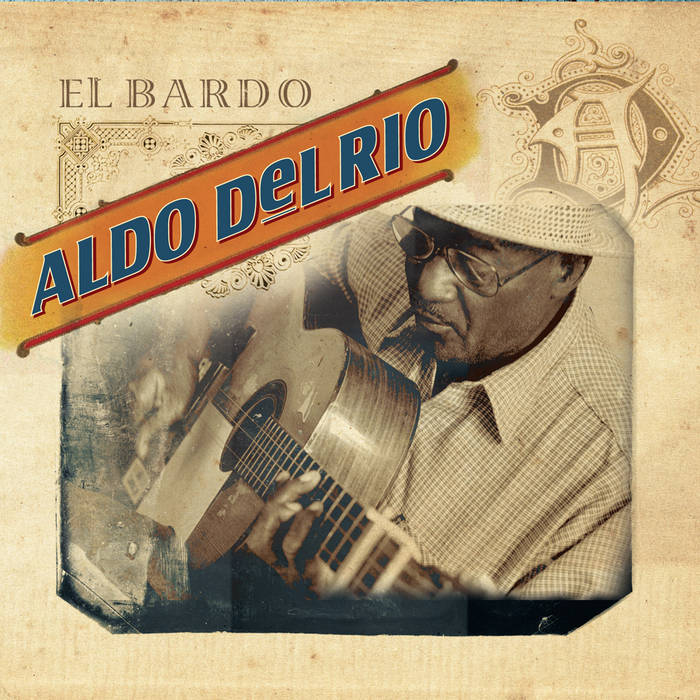 The best method in which to experience a culture is to go directly to the source. There is no better place to spend time absorbing the nuances of art and song than where they evolved. There might not be any location more important to the development of modern music than the island nation of Cuba with its unique amalgamation of races and nationalities mixing and blending to create genres that have influenced the rest of the world.

In January 2000, Sunnyside became aware of the extraordinary tres player, Aldo del Rio. Subsequently, El Bardo was recorded thus preserving a fabulous example of Cuban son by one of its leading practitioners.

It was on a tour to del Rio’s native Pinar del Río province - the farthest west province in Cuba and the largest tobacco-producing region in the country - where we heard the master tresero for the first time. Del Rio impressed with his amazing style on the tres cubano, a six-string guitar like instrument allegedly of Spanish origins that was developed in Eastern Cuba to perform the Afro-Cuban music from the region. The instrument has three sets of two strings, which provide a unique harp like sound due to the sympathetic strings.

In March 2000, a recording was made under the leadership of trombonist Juan Pablo Torres entitled Son Que Chevere (Circular Moves, 2000). Del Rio was featured prominently on the recording. It was during this session that the decision to record the tresero was made.

The recording of Del Rio’s small conjunto ensemble was made the following June at the famed Estudios Abdala in the Miramar section of Havana. The tremendous document has been waiting for release until now.

The twelve tracks presented on El Bardo are a collection of songs made popular over the years in Cuba over the past 80 years.

The recording begins with trovadore Manuel Corona’s “Aurora,” a clave driven lament featuring del Rio’s aching vocals, followed by Spanish songwriter Juan Carlos Calderón’s “Tómame O Déjame,” a mid tempo piece with the narrator asking his lover to be truthful, whether the lover stays or goes. “Deja Que Hablen De Mi” is a moving del Rio original that boldly proclaims the love of the narrator to another, without shame. Bola de Nieve’s beautiful ballad “Si Me Pudieras Querer” is wonderfully performed, as del Rio draws out the emotions with his solo vocal and tres as he heralds his love in the face of fate and the Gods.

Deriving from the chorus of the great Arsenio Rodriguez’s “Yo Soy El Terror,” del Rio’s “Congo De Ampanga” is a rhythmic celebration of the tresero’s African roots. Popular Mexican guitarist and songwriter Nicho Hinojosa’s “El Bardo” is a romantic yet tragic ballad of the love of a society girl who fell in love with a troubadour who meets a sad demise, while the lyrics of the prolific Colombian composer José Barros’s rambunctious “El Aguacero” are rushed wildly as if in a drunken haze. The wonderful solo rendition of romantic Mexican composer Armando Manzanero’s “Mía” insures that his lover will always be his, no matter what happens.

El Bardo gives listeners a rare chance to hear a true master of Afro-Cuban music in the perfect environment – at home. Tresero Aldo del Rio brings stirring performances of classic Cuban and Latin American popular songs that have found a home in Cuba.

Bandcamp Daily  your guide to the world of Bandcamp